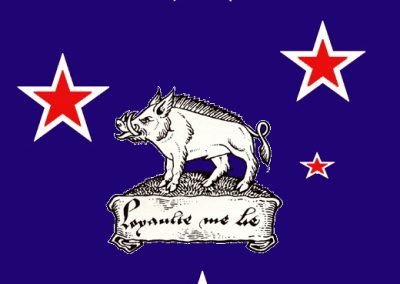 Emblem of the combined Australia and NZ Branches of the Society 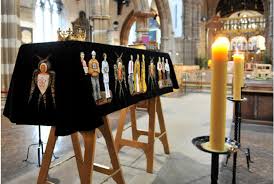 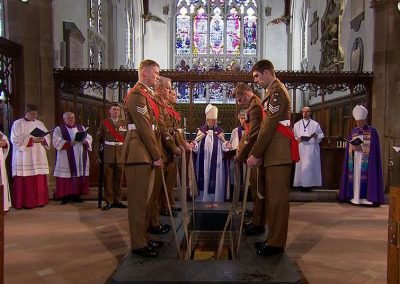 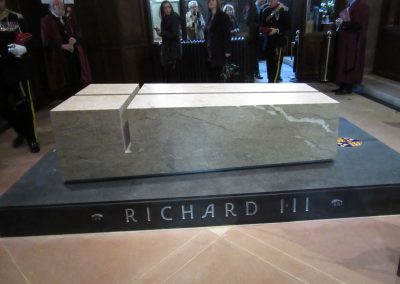 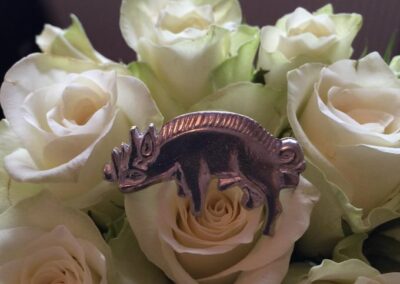 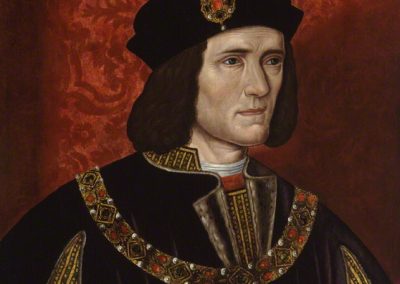 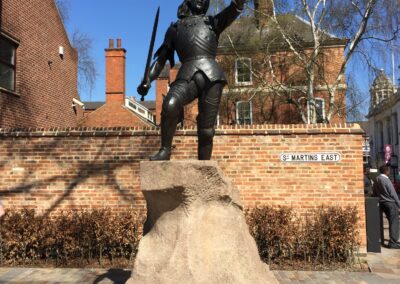 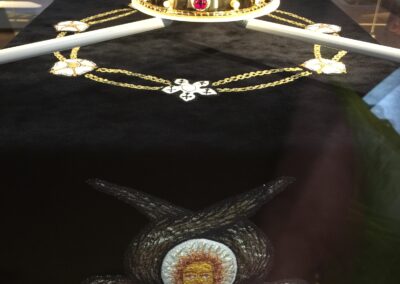 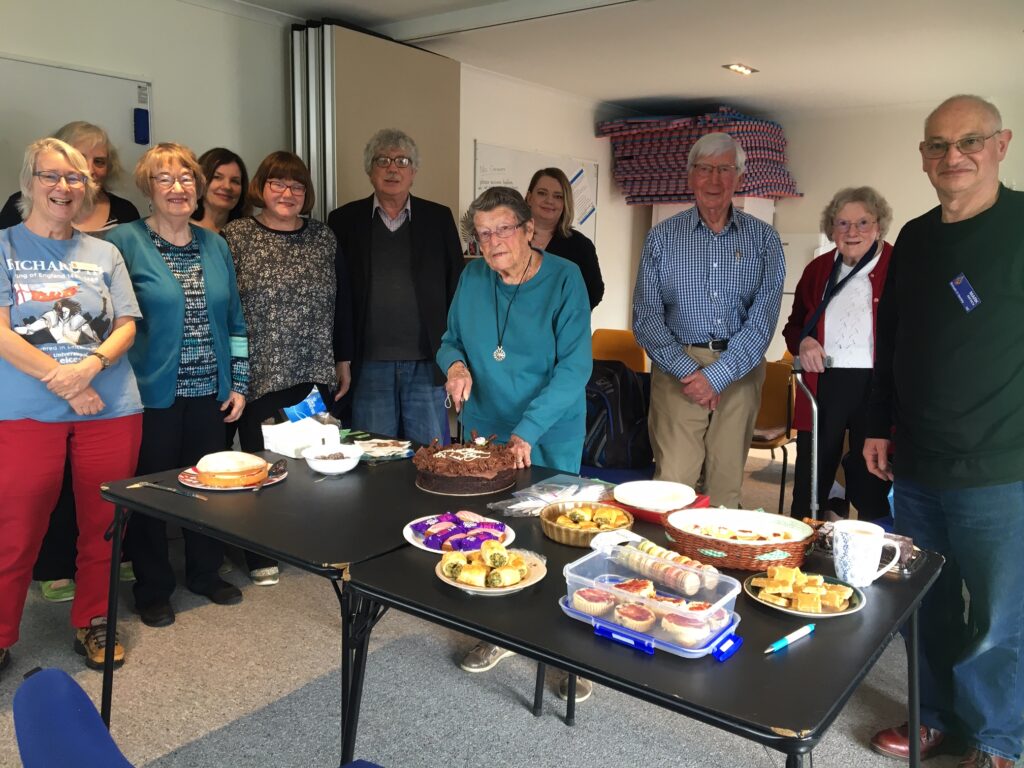 NZ Society Members at the 2021 AGM

We gathered in Petone for the AGM and monthly meeting and were treated to an excellent talk on the ‘Parliament of Devil’s’ by one of our members.

The Parliament of Devils was a session of Henry VI’s parliament held at Coventry in October, 1459, and the main reason for the session was to pass bills of attainder for high treason against Richard, Duke of York, Richard, Earl of Salisbury and their sons following the Battle of Ludford Bridge.

Of course we had to celebrate King Richard’s birthday with cake. Happy birthday Your Grace! 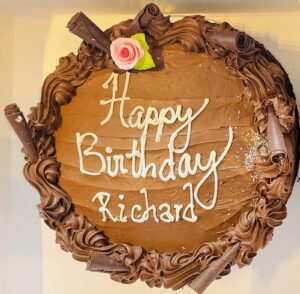 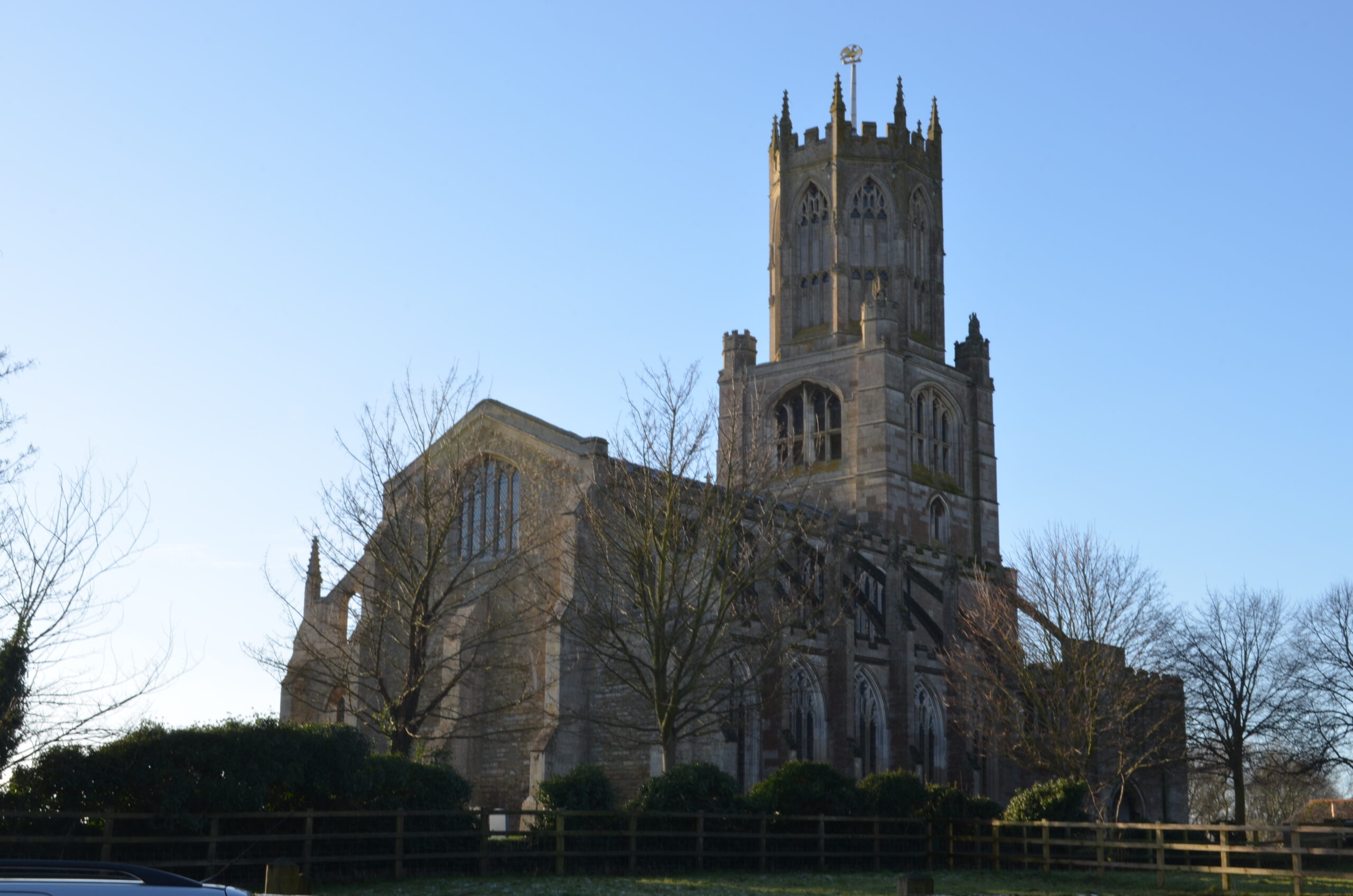 St. Mary and All Saints, Fotheringhay.

By the time autumn had set in and the nights were getting longer in October, 1452, there had already been a castle at Fotheringhay, Northamptonshire for 400 years, dating back to the Norman invasion.

It had passed through numerous hands over the centuries including David I King of Scotland’s, until it was confiscated and given to William the Marshall who was one of the, if not the most famous medieval Knight in history by King John.

King John’s son, Henry III eventually gained possession of it and it remained in royal control through the reign of Edward III. He gifted it to his son Edmund Langley, Duke of York in 1377 who spent much money enlarging and developing the castle.

During the late 13th century, a college of priests was established at the castle before being transferred to the parish church, St. Mary and All Saints. This was rebuilt in a size and scale befitting the college, and also as the York family church. The church that remains echos the glory of this building, and unfortunately all that remains of it today is a small amount of masonry.

When Edmund died, it eventually came into the possession of his nephew Richard, the 3rd Duke of York. Richard was cousin to the Lancastrian King of England, Henry VI, and could trace his lineage back to the 2nd and 4th sons of King Edward III.

In October 1452, the castle was at the height of its power and importance. Richard, and his Duchess Cecily were based there, as it was one of their main residences after spending years abroad in France and in Ireland. They had been married for over 20 years, having been betrothed young and Cecily was about to give birth to their 12th child.

After what was said to be a difficult delivery, a son was born named for his father and baptised Richard, either in the castle chapel or the nearby St. Mary and All Saint’s church. The small boy was to be their youngest child to survive adulthood, as sadly his parents would come to know the loss of at least 6 children.

There are stories and myths surrounding the baby Richard, that he was sickly and unlikely to survive, not helped by the rhyme written around the time of his birth that stated: ‘Richard liveth yet’. It was most likely a reference to high mortality rates in babies, more than a direct reference to Richard’s health. And then of course there were the references after the Tudor’s came to the throne, that he was born with shoulder length hair and a full set of teeth which is ludicrous and yet other references of the time are taken as fact.

The Wars of the Roses were brewing on the horizon, but for the first 7 or so years of Richard’s life, it appears that he lived in relative peace, with much of his time spent growing up at Fotheringhay.

At the time of his birth, it would have been unthought of that Richard would become King.

For one thing, he wasn’t in the direct line of succession. Even if his father had won the Battle of Wakefield, defeated the Lancastrians and become King, Richard still have been 4th in line to the throne after his 3 brothers.

Even when his brother King Edward IV became King in 1461, he was only destined to fulfill his role as his loyal brother and Lord of the North, the Duke of Gloucester. 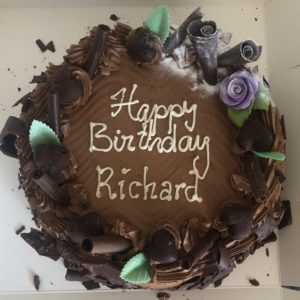 Today, the New Zealand branch celebrated their 2020 AGM, and as it was only two days after the man himself’s birthday on the 2nd of October, we celebrated with cake!

The biennial Australasian Convention took place at the Beau Monde Hotel, Doncaster East, Melbourne from Friday 9th to Sunday 11th August.
All Australasian Branches were represented including six members from NZ, a total of 37 Ricardians in all.
Most gathered for registration, drinks and canapes on the Friday evening. Victoria Branch had provided a generous “goody bag”, for participants including ceramic table coasters hand made by local members. After registration the opportunity was taken to continue catching up with our Australian friends over Dinner before some NZers chose an early night after their 4.00 a.m. check in at Wellington Airport.
The programme proper started promptly on Saturday morning with a welcome from host Chairman, Ron Pidcock followed by Society Vice President, Rob Smith, reading a message from our Chairman Phil Stone.
The morning programme included:
• “John Howard, Duke of Norfolk”………….David Bliss (Vic)
• “Hertford” the history of Hereford, the town its Castle, Churches and people since the Conquest…………………Dorothea Preis (NSW)
• Shakespeare could do better”………Julia Redlich (NSW) A hilarious presentation of errors and misconceptions.
• “Richard III-Analysing the skeleton of a King”…. Prof. Jane Evans (UK) her video recounting her work on isotope examination of bones, likely diet, etc.
• “Renaissance Men? Books, Metalwork and Art in 125th Century Nuremberg………..Dr.Jenny Spinks (Melbourne Uni) A comprehensive presentation on the importance of Nuremberg as the cultural centre of the Holy Roman Empire with particular emphasis on the influence of Albert Durer the artist and print maker.

• Lunch….. a very generous repast!
The programme continued with:
• “Ipomedon” A story read by Richard, Duke of Gloucester”…… Anne Maslin (Vic). A tale of true knightly behaviour in the Arthurian tradition, said to be a favourite of Richard’s
• “Arms & Armour” A display of armour and weapons by four members of the JOAS Living History Society (Melbourne). ……. Including the importance of component parts, how they were made and how they were used.
• “Henry Stafford 2nd Duke of Buckingham”……………. Louise Carson (WA) A comprehensive presentation on the life and perfidy a traitorous individual.
• “A Voice for a King”……. Helen Portus and Denise Rawling (NSW) A detailed examination and recordings of how Richard would have spoken, likely accent, pronunciation, etc.
We all then enjoyed a break to socialise before dressing up and gathering for the traditional banquet in the evening.

The Banquet was preceded by everyone convening for mulled wine and canapes prior to taking our places for the formalities.
All Branches of the Society were recognised in the traditional “Candle Lighting” ceremony with many individuals given the honour of lighting a candle for their Branch or Country of birth.
Three delicious removes were presented, accompanied by a selection of wine, beer, soft drink etc. Toasts were offered before the evening’s highlight, the entrance of the subtlety, presented by Yvonne and Michael Iliffe. Such was the size of the cake, which was magnificently iced, that it had to be wheeled in, that after all had taken their slice, it still required a set of wheels to take it away!
As is usual at the conclusion of the Banquet many took the opportunity to continue on for a while in various gatherings over a glass or two to wind down from a most enjoyable day.
Sunday morning featured the continuation of the programme:
• “Richard III Part 3” a video presentation by Mark Porter on Richard being an apparent follower of John Wycliffe. Richard was known to possess a copy of Wycliffe’s English translation of the Bible. Mark explained that in the 14th Century The Church had sought to vigorously oppose the publication, many followers “The Lollards” being persecuted and even executed for their belief.
• Polydor Vergil’s Memoir of Richard III” …….Robert Bender (Vic), Robert has translated the memoir from the Latin and he discussed at length the less than complimentary depiction of Richard based, of course, on Tudor falsehoods .
• Business Session……… Society Vice President, Rob Smith (NZ) conducted a brief session to discuss the importance of members participating in the Ballot on the Society’s Legal Status followed by the announcement that the 2021 Convention will be hosted by the South Australia Branch in Adelaide over the weekend end 21st to 22nd August. Rob gave Branch Secretary Sue Walledge the opportunity to give details. Members expressed their delight at the prospect.,
• Medieval Courts and the Legal Profession”……………Mercia Chapman (Vic) . a detailed explanation of the justice system in the 15th century, the lawyers, judges Courts etc.
The last presentation of the Convention followed:
• “How Richard Got His Hump” ……… Suitably disguised members from Vic and NZ. presented a humorous sketch situated in the premises of “Rappaport and Sons” Armourers to the Gentry. An unlikely story of how Richard came to be deformed to meet Shakespeare’s description.
The Convention concluded with the drawing of the raffle and answers to the quiz before Host, Ron Pidcock officially brought a most enjoyable Convention to the end.
Rob Smith, on behalf of all attendees, thanked Ron and his team for hosting a truly memorable Convention. He remarked on the excellence of the venue, the catering and the service of the staff and above all, the quality of the Programme and Victorian Branch hospitality. A truly memorable Convention.
Everyone enjoyed a delicious lunch before saying their farewells before dispersing for another two years.
See you in Adelaide!

The Branch venue for the Hutt meetings is “the Sanctuary”, 88, Richmond Street, Off Udy Street, Petone.

Access and limited car parking is down the driveway at the side of the property.

The 2015 Convention  held at the Angus Inn, Lower Hutt on Labour Weekend was an undoubted success. 44 delegates, 22 from Australia, gathered at the Angus on Friday night for registration prior to the official welcome and opening by Chair, Deirdre Drysdale. Branch Secretary, Rob Smith, read messages from the Society Chairman, Phil Stone together with others from far a field. Deirdre presided over the traditional candle lighting ceremony before those present settled in to socialise well into the evening.

Saturday comprised a full day of interesting presentations on a variety of topics interspersed with more light-hearted skits and readings. The evening glittered with Ricardians  gathering for bubbles and nibbles prior to the traditional Medieval Banquet

Sunday morning continued the presentations before Rob Smith, as a Society Vice President, conducted the customary business session. Lunch then followed before the Chair farewelled everyone but not before Victoria Branch Chairman, Michael Iliffe, offered the thanks of all assembled to the organisers for what was he described as one of the most enjoyable and successful conventions yet  held.

A year has passed since we re-interred Richard with dignity and honour. Those fortunate to attend will never forget such a once in a life time experience.

But the work of the Society goes on, the usual knockers still seem blind to the obvious and we must continue to refute those who seek to besmirch Richard’s reputation.

How were we to know that the annual picnic in Greytown at Secretary, Rob Smith and wife Helen’s home, was to be the last for the foreseeable future?

Like all similar organisations in NZ we are in abeyance until the dreaded Virus is under control.

Luckily the country seems to be responding well to the call for total lockdown and hopefully we will return to what will be ,undeniably, a new normal.